What to Do in Gozo, the Little Sister Island of Malta

When thinking of a Mediterranean holiday, the thought of staying in Gozo probably never crossed your mind.

However, many travellers are beginning to take note of this hidden gem in the heart of the Mediterranean. As the second largest island in the Maltese archipelago with a history predating even Malta itself, you’ll quickly see the allure once you arrive in Gozo.

There is much to see and do, which is either free or extremely reasonably priced, so why not spend the excess staying in luxury villas in Gozo?

Check out all there is to do and see on Malta’s little sister and you’ll know why you really can afford a luxury villa on one of the Mediterranean’s most interesting islands and still one of the world’s best-kept secrets.

One of the most interesting sights in Gozo are the Ġgantija Stone Temples built long before the pyramids in Egypt.

In fact, they predate the first known Egyptian temples to their pharaohs by more than a millennium, give or take 100 years. But hey, that far back in history, who’s counting a few decades?

The interesting thing about these temples is the enormous size and weight of the stones used to build the temples at a time in history when modern pulleys and lifts were not yet invented.

There are many theories as to just how those stones were hoisted, so you will hear that anything from aliens to time travellers were responsible for their construction.

No matter how you see it, they are an amazing bit of the island’s history.

Go to the Opera in Victoria

With two opera houses in Victoria (ir-Rabat), the island’s capital city, there is a growing recognition around the world for excellence in artistry on Gozo.

Annual productions often spotlight international soloists and visitors to Malta and Gozo are pleasantly surprised at the quality and authenticity afforded at both of these highly prized operas. Visitors can buy tickets to performances at the Aurora Theatre or at the Astra Theatre.

A calendar of events for 2018 include:

You can book tickets online for either venue or in person if you arrive early enough in Gozo before the performances. You will be thrilled at the quality and care that goes into everything from costumes to talent.

Spend a Day on a Farming Estate

Are you up for a real treat in Gozo? Why not spend a day at a farming estate for a day of walking the vineyards, enjoying the animals in the petting zoo with the children (if you’ve brought them along), and eating a traditional luncheon in the open air.

Here is where you’ll appreciate the wine as you munch on cheeselets and freshly baked bread with that glass of delectable wine.

What you should also know about such estate is that much of the island’s produce is grown on such farms.

When you are talking about locally sourced, fresh produce, nothing can beat this kind of experience.

Let the kids pick their own grapes and strawberries whilst you continue to sample the wines.

Who would want a holiday on the Mediterranean without enjoying a few days at the beach?

Whether you want to simply soak up the vitamin D rich rays or participate in some water sports, which are plentiful in Gozo, there is something for everyone to enjoy.

Here is just some of what you can do on the many sandy beaches on the little sister to Malta, Gozo

And so much more. Don’t forget, if you aren’t into those types of thrilling aquatic activities, you can always just swim out a bit or lie on the beach to deepen your tan.

Whilst winters are not cold, be aware they may get a little cool for watersports, so if that is your pleasure, late spring, summer, and early autumn are the best months to enjoy Gozo beaches.

Photograph Amazing Curiosities on Land and under the Sea

Whilst the Ġgantija Stone Temples are a curiosity, there are many more in Gozo, both on land and under the sea.

For example, two standing stones many metres high are just standing there! They are too well-squared around the edges to be natural rock formations, leading archaeologists to the conclusion that they may have been part of ancient Roman temples.

You can find them outside the Government Nursery at Dawwara in Victoria and outside the Primary School in il-Qala. Both provide the perfect backdrop for a photo op in Gozo.

Sadly, the most amazing natural curiosity is no more. The Azure Window, which jutted out over the sea, forming a natural stone archway, came down during a storm on 8 March 2017.

You can find before and after pictures here. Even so, many travellers still make a pilgrimage to the site where this amazing natural wonder once stood, lamenting its passing.

However, there are ample underwater curiosities to photograph as well.

From underwater shipwrecks, now a home for sea life, to underwater caves, tunnels, and coves, there is plenty to photograph on your next dive, so plan your location to coincide with the underwater curiosities you want to take shots of.

A Final Must-Do in Gozo

Who could travel to a new country, a new city, a new island without sampling the local cuisine?

If you are planning a holiday in Gozo, you really must eat like the locals.

Many visitors find that the food is better where the locals eat, simply because the ingredients and culinary styles are authentic.

Many times, high-end restaurants try to cater to the ‘average taste,’ and in so doing, lose the beauty of the ethnic foods they present on their menus.

If you want a real taste of Gozo, eat like the Gozitans. The delight of the Gozitan cuisine itself, built upon years and years of rural and countryside cooking infused with the bounty of seafood, will inspire you to return again to the island of Gozo!

The Most Beautiful Places in England
365Tickets Mar 13 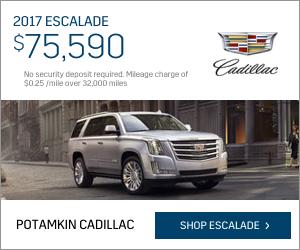